As the recent mass shooting at a Florida high school re-energizes the national gun violence debate, a local composer has turned to music to reflect on a tragedy that shook America to its core just over five years ago. 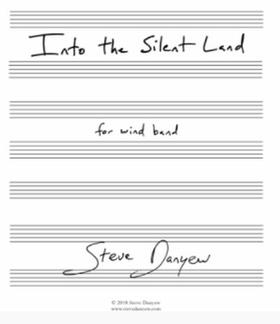 Eastman School of Music instructor Steve Danyew once attended Sandy Hook Elementary in  Newtown, Connecticut, where 20 children and six adults were killed by a mass shooter on December 14, 2012.

Danyew's piece "Into the Silent Land" blends elements of a funeral march and a lament.  Near the end, a poem is read over the music by a narrator.

On Sunday, the piece made its local debut as it was performed by the Nazareth College Wind Symphony, conducted by Jared Chase. The poem "Remember me when I am gone away, gone far away into the silent land" was read by Katie Hannigan, assistant professor of voice at Nazareth College.

Below is a video of the Nazareth Wind Symphony performing the piece. The video was produced by Steve Danyew and  Jared Chase.  The videographer was Michael Sherman.